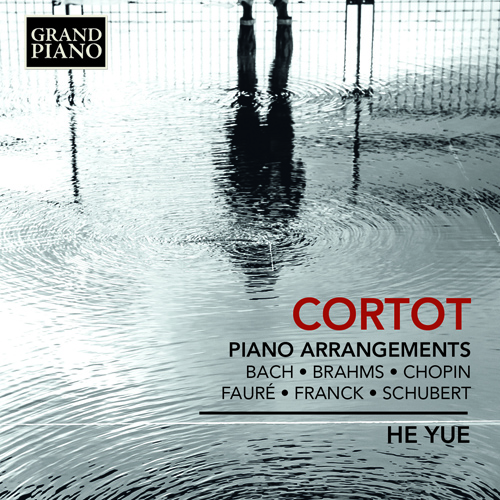 Legendary pianist Alfred Cortot’s distinguished reputation as an educator is demonstrated in these magnificent arrangements of chamber music for solo piano. They cover every aspect of technique and expression, from Bach’s demanding Toccata and Fugue in D minor to Fauré’s delectable Dolly Suite and the grand scale of Franck’s Violin Sonata. Award-winning pianist He Yue is a young and rising star of the Chinese musical firmament. He Yue started his piano study at the age of six. In 2005, he was accepted to study at the Affiliated Middle School of Shanghai Conservatory of Music, and continued his studies at the Shanghai Conservatory of Music with Professor Zhou Keng in 2008. He took part in the 49th Jaén International Piano Competition for which he was awarded the prize for the youngest pianist. During his studies, he has performed in China’s leading concert halls, such as Shanghai Concert Hall and Shenzhen Concert Hall (or Shenzhen Grand Theatre Concert Hall). In addition, he attended many international masterclasses in Shanghai and received guidances and praises from Anton Kuerti, Boris Berman, Zhu Da-Ming and Chen Hong-Kuan etc. In 2012, He Yue began to teach piano at the Central Conservatory of Music Piano Academy, Gulangyu. In 2013, he recorded Alfred Cortot’s Piano Arrangements for Naxos’s affiliated label Grand Piano. In 2020, led by the principal Li Xin, he participated in the Beethoven Piano Sonata Marathon with other teachers. The total 8 concerts were successfully held both in Gulangyu and Beijing. “This is, in all the senses of the word, a brilliant release. ” – Pianist

“He Yue plays this music like a real artist, not just a showman or a kid trying to prove his technique.” – MusicWeb International

“Technical perfection, synchronicity, collaboration as well as a warm and sonorous timbre constitute an interpretation which is as perfect as the music itself. ” — Classica