Canadian-born Joel Hastings was the winner of the 8th International Web Concert Hall Competition and the International Bach Competition at the Kennedy Center in Washington, D.C. After his performance at the 10th Van Cliburn International Piano Competition in Fort Worth, Texas, one reporter designated Hastings the “audience favorite” while another declared, “the kinetic fingers of this Canadian reminded me strongly of his late countryman, Glenn Gould.” He was mentioned in Newsweek magazine for having “pulled the audience to their feet after a wild performance of Franz Liszt’s Totentanz.” Critics described his playing as passionate, mesmerising, hypnotic, and transcendental.

His discography includes live recordings of Franz Liszt’s song and operatic transcriptions and Frederic Chopin’s 24 Etudes. His recordings were selected for Canadian critics’ awards, praised in publications such as American Record Guide and MusicWeb International, and featured on CBC national radio as well as numerous stations throughout the United States. In 2014, the Naxos American Classics label released his recording of solo piano music by American composer Carter Pann [8.559751].

He served as a faculty member of the InterHarmony International Music Festival in Arcidosso, Tuscany, Italy, and Sulzbach-Rosenberg, Bavaria, Germany. He had also been a guest professor at the Sichuan Conservatory in Chengdu, China and had performed and taught in Naleczów, Poland, as part of the Poland International Piano Festival. He was a co-organizer of the Midsummer Piano Retreat in Prague, Czech Republic, and was an assistant professor of piano at Florida State University in Tallahassee, Florida. Tragically, Joel Hastings died suddenly and unexpectedly in May 2016, at the early age of 46 years. 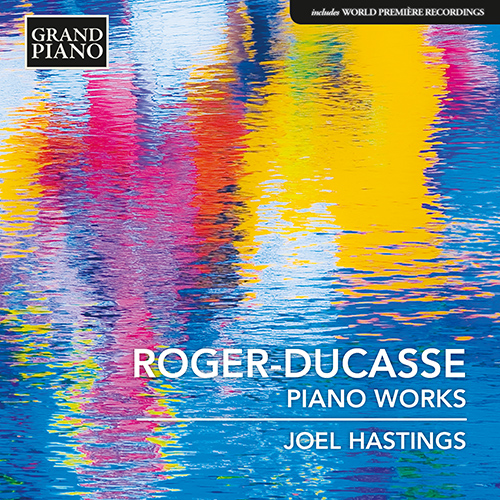