Jens Lühr was born in the same town as Friedrich Kuhlau, Uelzen, in northern Germany. There at the local music school, Lühr played—along with many other young piano students—the Kuhlau Sonatinas. He went on to study piano and piano teaching at the prestigious conservatories of music, in Hannover with the pianists Christa-Maria Hartmann and Bernd Goetzke, in Würzburg with Marta Janczewski-Sosinska, in Basle with Rudolf Buchbinder, as well as completing the concert pianist degree in Leipzig with Markus Tomas.

In 1986, Lühr played at Kuhlau’s 200th birthday in Uelzen as a soloist in the Piano Concerto, Op. 7, and recorded an album of Kuhlau’s piano works in 1995 that included the Sonatinas. During preparation for this recording, Lühr discovered numerous other, largely unknown piano compositions by Kuhlau.

Lühr is known as a soloist and chamber musician, as well as being an interpreter of contemporary music, playing or taking part in several premieres. In 2012 and 2014 he won second prize at the International Music Competition of France (CMF) in the highest category for pianists.

Following a similar path to Kuhlau, Jens Lühr emigrated to Scandinavia, to Hamarøy in northern Norway. He currently lives in Lakselv, Norway as a pianist, piano teacher and choral conductor for the Porsanger municipality. 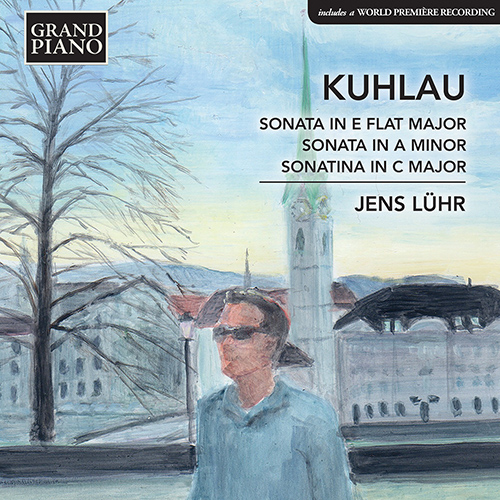