Among the artists who were to make their mark on the music scene in Yugoslavia during the mid-twentieth century, Ivo Macek occupies a significant place. Born in Sušak (now Croatia) on 24 March 1914, he trained at the Classical Gymnasium and also at the Music Academy in Zagreb. After graduation in 1934, he studied piano with Svetislav Stancic in Zagreb and composition with Jean Roger-Ducasse in Paris. Having taught at the Lisinki Music School in Zagreb and also holding the post of secretary at the Zagreb Opera, he quickly established himself as a pianist both in concert and in recital, giving performances across Yugoslavia and abroad—appearing with various established artists (such as the cellist Antonio Janigro and the cellist and conductor Enrico Mainardi) then, along with the cellist Mirko Dorner, winning the International Competition for Duo Performance at Vercelli in 1952. He had been the recipient of of a federal Government Award in 1948 and went on to win the Milka Trnina Award for concert performance in 1957–8, underlining his success both as performer and pedagogue.

Macek acted as a juror at numerous international piano competitions such as the Chopin in Warsaw, the Busoni in Bolzano and the J.S. Bach in Leipzig. As well as teaching piano at the Music Academy in Zagreb, he was also chairman of the departments for piano and organ during 1967–70; at the same time taking summer seminars at the Liszt Academy in Weimar. He was a regular member of the Yugoslav Academy of Sciences and Arts, and won many awards such as the Vladimir Nazor Prize for lifetime achievement in 1978, the Josip Slavinsky Award for composition in 1989 and the Lovro von Matacic Award for lifetime achievement in 1992. His editorial work includes teaching editions of piano sonatas by Beethoven and a critical edition of the piano works by Josip Slavenski. He died in Zagreb on 26 May 2002. 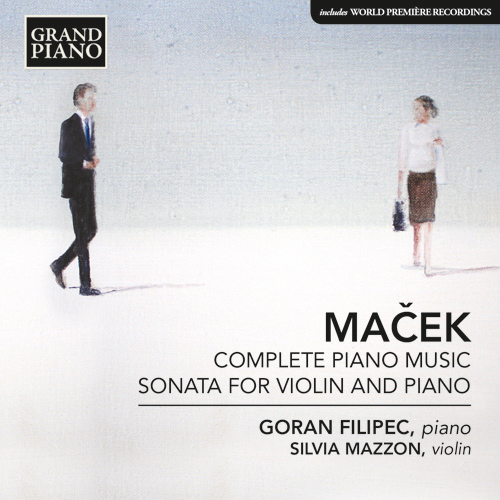