Grigory Samuilovich Frid came from an intellectual Jewish background: his father was a music journalist and the founder and editor of the journal Teatr, and his mother, a pianist who graduated from the St Petersburg Conservatory, was Frid’s first teacher. In 1932 Frid enrolled at the music college attached to the Moscow Conservatory and studied there with Litinsky, the composer, polyphonist and theoretician. In 1935 he became a student of the conservatory proper, from 1937 studying with Vissarion Shebalin (1937–9, 1945–8). He soon showed a talent for organization: on his initiative a circle was set up where student pianists such as Svyatoslav Richter and Anatoly Vedyornikov performed works, largely unknown to Soviet musicians, by Mahler, Stravinsky, Prokofiev, Krenek, Richard Strauss and other contemporary composers. During these years he travelled with his fellow student and musicologist Isaak Shteynman to the Arctic, where he recorded songs of the Nentsy people of the Yamal region. Frid graduated in 1939 and was immediately called up; from 1942 to the end of World War II he was a member of a folk ensemble on the Western front. He fought on the front line at Kalinin and was shell-shocked and awarded military honours. He then continued at the conservatory (1947–52), and in 1965 organized the Moscow Music Club for young people, affiliated to the Union of Composers. 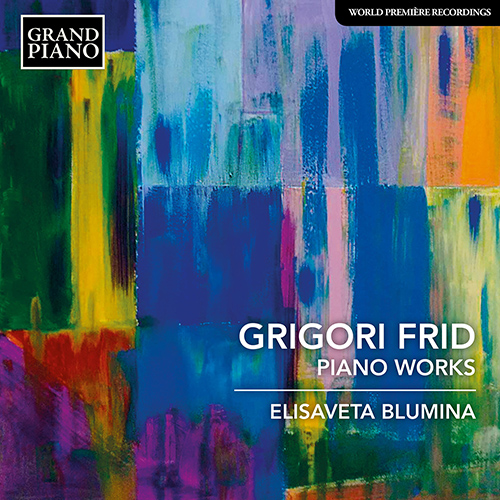