Ge Gan-ru, described in The New Grove Dictionary of Music and Musicians as ‘China’s first avant-garde composer’, is often regarded as one of the most original composers of his generation. His music is known for its immediately identifiable individualism and unique sound.

Born in Shanghai in 1954, Ge studied violin when he was very young. At 17, he was sent to a labor camp to receive so-called “re-education” during the Cultural Revolution. When he was 20, he was admitted by Shanghai Conservatory of Music where he studied both violin and composition. After graduation in 1981, Ge was appointed assistant professor of composition at the Shanghai Conservatory of Music.

By the late 1970s and early 1980s, Ge was already known in China as the first composer to employ contemporary and avant-garde techniques which were prohibited at the time. He was criticized for his individualism, which was directly at odds with the prevailing ideology.

In 1983, Ge became the first Chinese composer to be invited to study at Columbia University in New York where he obtained a doctoral degree in composition. Ge has since been living and working in the New York area. 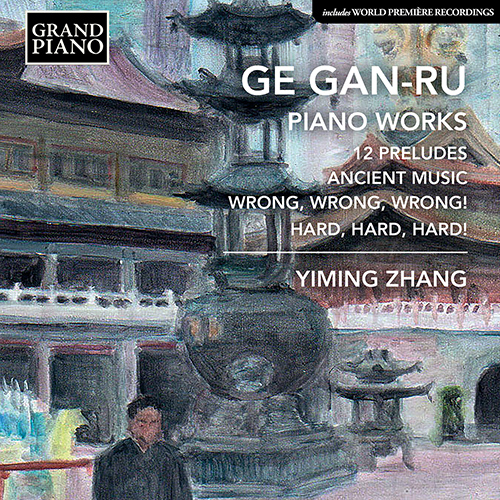