The son of a distinguished Russian singer, Stravinsky spent his earlier years in Russia, either in St Petersburg or, in the summer, at the country estates of his relatives. He studied music briefly with Rimsky-Korsakov but made a name for himself first in Paris with commissions from the impresario Diaghilev, for whom he wrote a series of ballet scores. He spent the years after the Russian Revolution of 1917 in Western Europe and in 1939 moved to the United States of America. There in the post-war years he turned from a style of eclectic neoclassicism to composing in the twelve-note technique propounded by Schoenberg. A versatile composer, inventive in changing styles, he may be seen as the musical counterpart of the painter Picasso.

Stravinsky made an immediate impression in Paris with his score for L’Oiseau de feu (‘The Firebird’) for the Ballets Russes of Diaghilev. There followed the very Russian Petrushka, set in a Russian fairground, and then the 1913 succès de scandale of Le Sacre du printemps (‘The Rite of Spring’). After wartime works on a smaller scale, including The Soldier’s Tale, Stravinsky turned again to ballet for Diaghilev in Pulcinella, based on music wrongly attributed to Pergolesi. Later ballets include Apollon musagète, Le Baiser de la fée (‘The Fairy’s Kiss’), Jeu de cartes (‘Card Game’) and Agon. The Latin opera-oratorio Oedipus Rex, with a text translated from Cocteau, was first staged in 1928, while the opera The Rake’s Progress, neoclassical in form and based on the engravings of Hogarth, with a libretto by W.H. Auden and Chester Kallman, was staged in Venice in 1951.

Stravinsky’s orchestral music includes symphonies, suites from some of the ballets, and two suites arranged from sets of easy piano pieces. Concertos of various kinds include a 1936 concerto for piano, winds, timpani and double basses, the Ebony Concerto for jazz band, and a violin concerto.

Stravinsky’s chamber music includes some arrangements of orchestral works, in particular two versions of music from Pulcinella, one for violin and piano and one for cello and piano, both under the title Suite italienne.

Stravinsky’s choral music ranges from major works such as the Symphony of Psalms to settings of Latin and Slavonic religious texts, the arranged Four Russian Peasant Songs, and the final Requiem Canticles. His solo vocal works are equally varied, including songs from traditional Russian sources, his sacred cantata Abraham and Isaac with its Hebrew text, the Elegy for JFK with a text by W.H. Auden, and a setting of Edward Lear’s The Owl and the Pussycat. 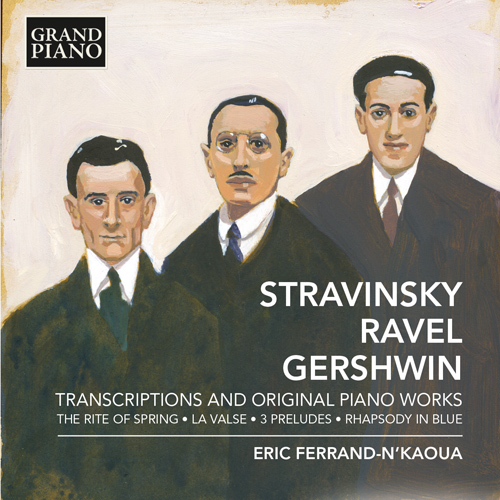