Carlo Albanesi was born in Naples, Italy, on 22 October 1858 and received his musical education from his father, the composer Luigi Albanesi, and from Sabino Falconi. After his first successful concerts in Italy, he went to Paris at the age of 20 to make a name for himself; in 1882, on recommendation of the composer Francesco Paolo Tosti, he settled in London, where he gave numerous concerts and devoted himself to composition over the next ten years.

Albanesi’s compositional oeuvre comprises more than 60 works, including orchestral works and chamber music. The majority of his works, however, are written for solo piano, with his six large-scale sonatas, five of which have survived, forming the quintessence of his musical creation. In addition to numerous individual piano pieces, Albanesi also wrote a number of cyclical works, including six romances, twelve preludes and four suites, as well as pedagogical works.

In memory of the composer, the Royal Academy of Music established a Carlo Albanesi Award. Albanesi was decorated with the Order of Chevalier of the Crown of Italy. The actress Maggie Albanesi was his daughter.

In his Confessions of a Violinist (1902), Thomas Lamb Phipson recalls: ‘The eminent professor of the piano, Carlo Albanesi, much patronised by royalty and the nobility of England, came to London, from Naples, with a letter of introduction to my sister […]. We gave him his first concert at the Putney Assembly Rooms on the 8th December 1882, at very short notice, and thus enabled him to earn the first £10-note he ever made in this country. His playing was most effective; by its delicacy and expressive cantabile it was, and is still, unsurpassable. Besides this, he was a man of most prepossessing appearance and manners. He told me that, in Naples, his father had so many pupils that he could only attend to him (Carlo) in the morning whilst he was being shaved. At this concert he had a little mute piano in the artists’ room on which he exercised his fingers. He also used it when travelling in a railway carriage. […] This concert brought him a good number of admirers.’

The magazine The Theatre of 1 August 1888 reported: ‘In the grace, delicacy and refinement of his playing, Signor Albanesi more than confirmed the favourable opinion so often expressed in the pages of “The Theatre” with respect to the executant merits of the handsome young Neapolitan, and amply sustained his reputation of a fertile, ingenious composer by introducing to the public three of his newest pianoforte works […], all of which bear the stamp of a thoughtful and highly cultivated musical intelligence.’ 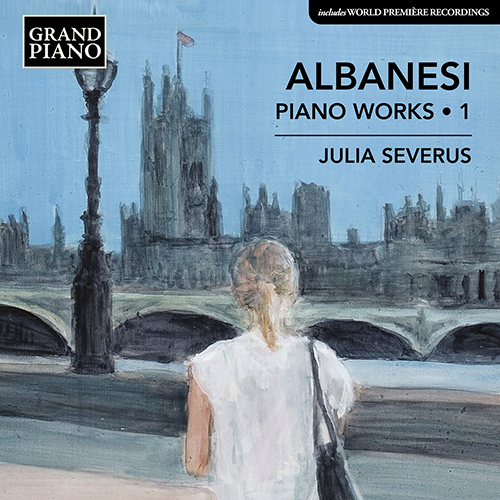