What I find so inspiring and fascinating about Martial Solal’s music is the sheer breadth of imagination with which he approaches the piano. Probably the most amazing improviser of our time, he combines a highly individual style with incredible technique. But he is also an inspired composer—one who relentlessly pursues his own original and demanding course.

Solal has said that he always wanted to write or invent music—jazz, initially, as he created both original works and arrangements for his first band, back in the 50s. He also began writing for the silver screen, composing the soundtracks for such classics as Jean-Luc Godard’s À Bout de Souffle (Breathless), Orson Welles’ The Trial and, more recently, Bertrand Blier’s Les acteurs (Actors).

In developing an innovative and unclassifiable compositional style, however, he has won the admiration of musicians beyond the world of jazz, worked with such eminent figures as Marius Constant and André Hodeir, and received commissions from a wide range of orchestras and other ensembles. His concertante works (he has written several concertos, including three for the piano and a triple concerto for piano, trombone and double bass) often feature improvisatory passages in dialogue with the fully composed material—something that comes as naturally to him as breathing. Indeed the very titles of his works often allude to this desire to build bridges between the two worlds: Échanges for piano and strings, Alternances, Coexistence, Cohabitation…

A “Composer of the moment”, to borrow the title of a volume of interviews with French journalist and producer Xavier Prévost [Compositeur de l’Instant], Martial Solal is purely and simply a musician of today looking towards tomorrow. Without rejecting the past, he has no time for nostalgia. Too elegant ever to repeat himself, as a born showman, he is horrified by the very idea of being bored or boring. 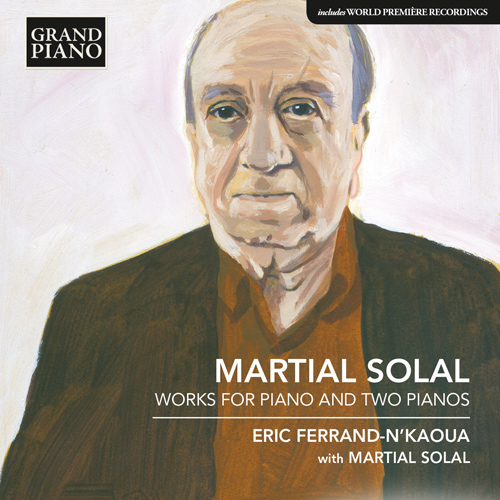