The Armenian composer Alexander Arutiunian was born in Yerevan in 1920, and showed considerable musical prowess whilst still a young boy. He played for Alexander Spendiarian (1871–1928, one of the founders of the Armenian national school) when he was seven, and in the same year joined the children’s group of the Yerevan State Conservatory. Later, he studied piano and composition at the senior conservatory, graduating in 1941; and he subsequently travelled to Moscow where he undertook further training. In Moscow, he was actively involved with the Armenian House of Culture, which offered concerts and tuition to its members, and where Arutiunian was able to perform his own music.

On returning to Yerevan, Arutiunian became the artistic director of the Armenian Philharmonic Society in 1954, a post he held until 1990. He also joined the staff of the conservatory (which had been renamed the Komitas Conservatory in memory of Armenia’s first nationalist composer, Komitas Vardapet) in 1962, and was granted a professorship in 1977. A member of the so-called Armenian “Mighty Handful” (along with Arno Babadjanian, Edward Mirzoyan, Adam Khudoyan and Lazar Saryan), he was awarded numerous Soviet state prizes, including the Stalin Prize (1949), People’s Artist of Armenia (1962), People’s Artist of the USSR (1970) and Honoured Citizen of Yerevan (1987). His music has been performed by many distinguished musicians, from Yevgeny Mravinsky and Valery Gergiev, to Sergey Khachatryan, Ilya Grubert and Jack Liebeck. Arutiunian died on 28 March 2012. 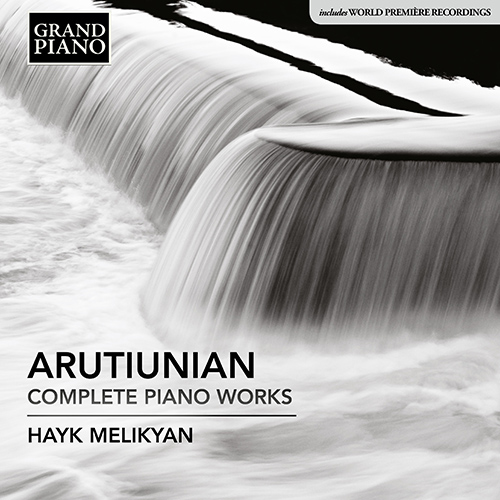