Friedrich Burgmüller, in Paris known under the French form of his name, Frédéric, was born in Regensburg in 1806, the son of the composer, pianist and music teacher Johann August Franz Burgmüller, and elder brother of the composer, conductor and pianist Norbert Burgmüller. Friedrich Burgmüller was taught by his father. After the latter’s death in 1824 he followed him as director of music in Düsseldorf, teaching music in Mühlhausen and as a cellist in Basel. In 1832 he settled in Paris, where he won a considerable reputation as a piano teacher, and internationally as a composer of salon pieces and studies. He did much to promote the work of his brother Norbert, four years his junior, whose career had been cut short by his sudden death at the spa in Aachen in 1836.

Friedrich Burgmüller’s activities brought continued success in Paris. Many of his compositions proved successful among amateurs, for whom his pieces offered limited technical challenges, coupled with the satisfaction of musical interest. His Études (‘Studies’) have continued to provide a basis for piano teaching and the development of technical proficiency. His other compositions included works for the ballet, starting with two contributions to the score of Giselle in 1841. 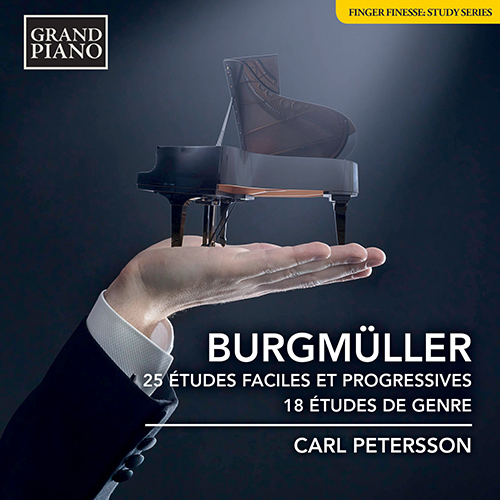