Philip Hammond was born in Belfast in 1951. He graduated from Queen’s University Belfast in l974 as a Bachelor of Music and Master of Arts and was awarded a Doctorate of Music from Queen’s in July 2003. His career has encompassed teaching, performing and writing. His work as a broadcaster and composer brings him regularly before public attention either on radio, television or on the concert platform. He was appointed a director of the Arts Council of Northern Ireland in 1988 and seconded to the Department of Culture Arts and Leisure from 2005–2007 in order to programme and direct a four month arts festival in Washington DC as part of “Rediscover Northern Ireland”. He retired from the Arts Council in 2009.

As a composer, Philip Hammond has been regularly commissioned by individuals and groups in Ireland and in Britain such as the Ulster Orchestra, the contemporary ensemble Lontano, the Brodsky String Quartet, James Galway, Sarah Walker, Suzanne Murphy, Tasmin Little, Barry Douglas, Nikolai Demidenko and Ann Murray. He is often commissioned as an “occasional” composer and his Waterfront Fanfares (1997) were written to open the Waterfront Hall in Belfast. His …the starry dynamo in the machinery of night… was specially commissioned by Queen’s University to celebrate the visit of President Clinton in May 2001. The National Youth Orchestra of Ireland commissioned and performed his Carnavalesque for Double Orchestra and Percussion in July 2003. In 2005, his …while the sun shines was commissioned by BBC Radio Three to celebrate the music of the great Irish conductor and composer Sir Hamilton Harty (in 1979, Philip Hammond contributed two biographical chapters to a book on Sir Hamilton Harty (Blackstaff, 1979). Philip Hammond’s Requiem for the Lost Souls of the Titanic for choruses and brass was premiered in April 2012 on the exact hundredth anniversary of the ship’s demise. 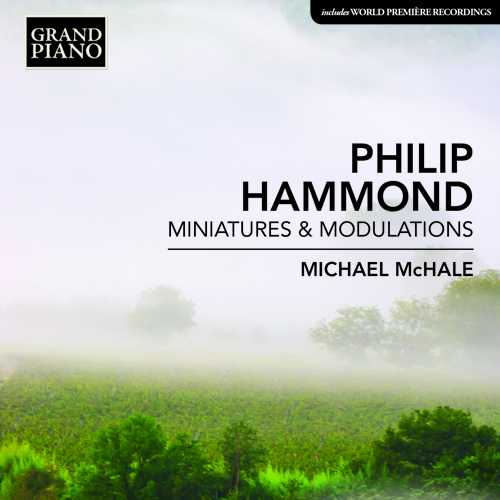