Artem Yasynskyy was born in 1988 in Ukraine, into a family of professional musicians. At the age of seven he entered the Special School for Gifted Children in Donetsk and gave his first public concert at the age of eight. Numerous competition successes followed, and a scholarship granted by the President of Ukraine, from 2006 to 2010, enabled him to study at the Prokofiev State Academy of Music which saw him graduating with honours. In 2010, Yasynskyy moved to Germany to continue postgraduate piano studies at the University of the Arts in Bremen, and in June 2011 he was awarded the Steinway Förderpreis in Hamburg, becoming, in July of the same year, a scholar of the Hans und Stefan Berbeck Stiftung.

Yasynskyy is the recipient of numerous awards and competition prizes. He received the gold medal at the Cincinnati World Piano Competition in 2015 which led to his debut at Carnegie Hall. His concert appearances have taken him throughout Germany and to Italy, South Korea, Greece, Japan, the US, Spain and Russia, as well as appearing at several international music festivals. He made his recording debut with an album of works by Józef Hofmann on the Grand Piano label in May 2015 [GP765], and in September 2016 he recorded the album of sonatas by Domenico Scarlatti on Naxos. 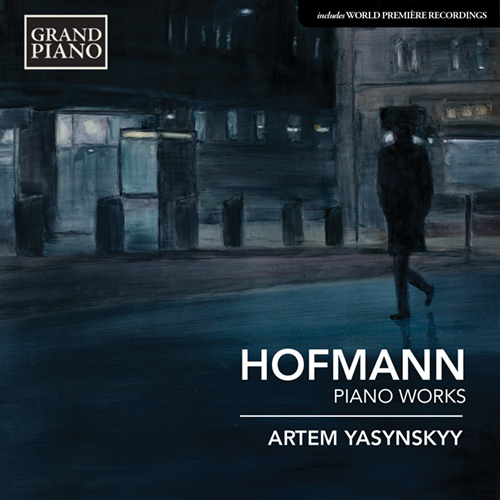