Joachim Knoph has performed as a pianist in a number of European countries, as well as several times in, among others, China and Russia. He has collaborated with many of Norway’s most distinguished instrumentalists and singers, and has won prizes and grants such as the Yamaha award. He has given first performances of a dozen new works and has worked with a number of composers. He has participated in several commercial recordings, and already, as a student, he was a soloist with the Norwegian Radio Orchestra on a CD conducted by Ari Rasilainenen of two piano concertos by F.J. Berg. Joachim Knoph received his first piano lessons from Helene Jensen, Wolfgang Plagge and Jens Harald Bratlie, followed by studies at the Norwegian Academy of Music under Einar Steen-Nøkleberg. Thereafter followed further diploma studies with Jirí Hlinka at the Malmö Academy of Music/Barratt Due Institute of Music. His graduation performance was as a soloist with the Norwegian Radio Orchestra where he obtained the highest possible mark. He has also been a student of Nelson Delle-Vigne Fabbri at the Ecole Normale de Musique Alfred Cortot in Paris. Joachim Knoph is also active as a composer, including music for films. 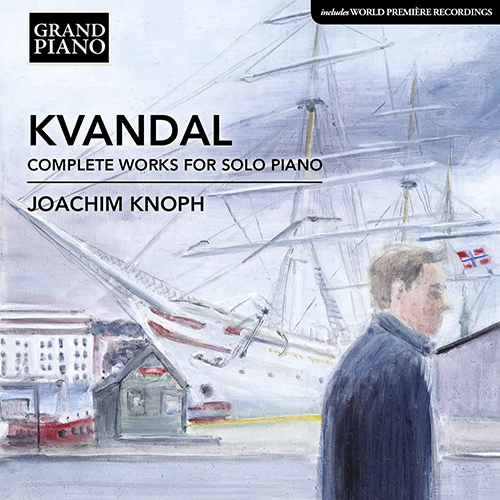