Argentine-American concert pianist Mirian Conti’s recording output and international concerts have garnered praise and awards. In recognition of her extraordinary talent, a scholarship honouring Conti was established at The Juilliard School by the Edwin Bachman Estate. In addition, she was selected as one of 100 Outstanding Alumni to celebrate Juilliard’s centennial in 2005–06. She is on the Faculty of The Juilliard School Evening Division in New York City since 2007, presenting new courses on Classical Piano Literature.

Conti has recorded 21 albums for labels including Grand Piano, Albany, Koch International, Toccata Classics, Island, Parnassus, XLNT, and Steinway & Sons, and was awarded the Albéniz Medal for her performance of the complete Iberia in Camprodon, Spain. Her most recent recording on Grand Piano, recorded at Yamaha Studios, features the solo piano music of Lalo Schifrin, the internationally renowned composer of classical, film and television scores. Conti is the editor of Schifrin’s published scores by Keiser Music Publishing.

Conti has appeared worldwide as a soloist and with many orchestras in Europe, Asia, Africa, South and Central America, Canada, and throughout the United States. She has performed at concert halls all throughout the US, her native Argentina, England, Spain, France, Italy, Poland, Latvia, Morocco, Montenegro, Canada, Colombia, Portugal, Ecuador, Uruguay, Mexico, and many cities throughout China.

Her lecture-recitals and masterclasses on the piano music of Spain and the United States have been presented at leading colleges and universities in the US, South America and China. She has organised and directed a host of competitions and festivals to promote promising young musicians. Conti is the director of 5@5 at DiMenna, 6@6 at Yamaha, Teachers del Norte-Pianists del Sur (2008–19), Grandes Maestros Argentinos (2016–17) and Director of PianoSolo-Internacional Master Class Series inaugurating in 2018 the fi rst live remote masterclasses between New York and Buenos Aires using the Yamaha Disklavier technology. 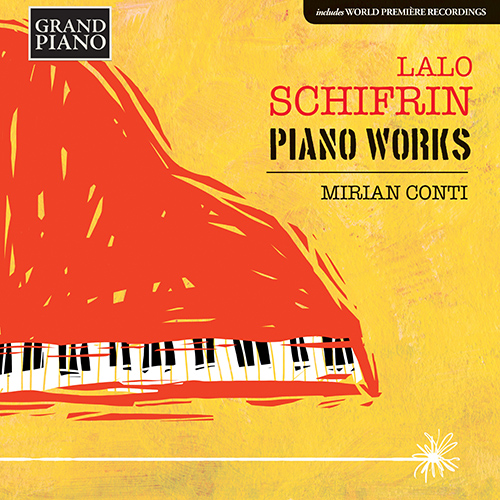