In 1875, the young Ernest Chausson, travelling to the Basque Country, stopped en route in Bordeaux to visit Fernand Samazeuilh, a banker’s son, who was continuing in the family profession, but was also interested in philosophy, political economy and philanthropy. He loved art and, above all, music—he had met Wagner in Lübeck in 1867 and had links with Franck and Chabrier. His wife, daughter of Victor Lefranc, an opponent of Napoleon III who then became minister of the interior in 1872, was herself an excellent pianist. In 1877 they had a son, Gustave, who was immersed in music from an early age. Chausson, Fauré, Duparc, d’Indy, Dukas and Ysaÿe were all family friends, some of them regular visitors to the house, and the young Gustave was advised and encouraged by Chausson as soon as he began composing.

Samazeuilh became a private pupil of d’Indy, who taught him fugue, musical construction and orchestration, and also studied composition with him at the Schola Cantorum in Paris.

An excellent pianist, Samazeuilh is still known today for the hundred or so transcriptions for solo piano or piano four hands commissioned from him by composers and publishers.

He was also a valuable chronicler of the music world of his time. Together with his teacher Dukas, he was one of the best critics of the day, an unbiased observer who wrote with great insight and subtlety. He was one of Messiaen’s earliest advocates, having quickly spotted the significance of such an original talent. He protested in both 1930 and 1931 when the composer was not awarded the Prix de Rome—by this time Messiaen had already written such notable works as the Préludes for piano and the Offrandes oubliées—and on 9 May 1943, along with Poulenc, Jolivet and Honegger, attended the private dress rehearsal of Les Visions de l’Amen. 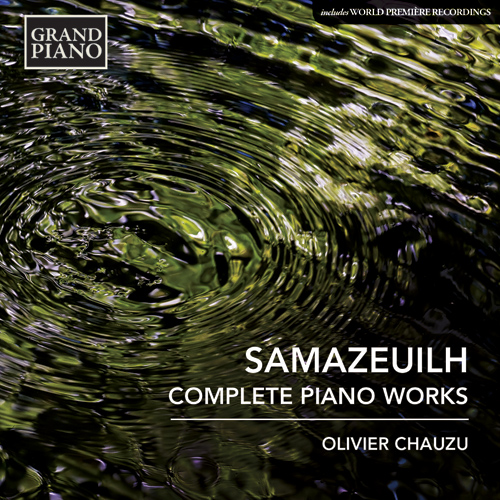