Hélène Antoinette Marie de Nervo, born in Lyon on 2 March 1764, began her musical studies in Paris with Nicolas-Joseph Hüllmandel, continuing with Muzio Clementi and perhaps Jan Ladislav Dussek. In 1784, she married André-Marie Gaultier, marquis de Montgeroult; she was 20, he 48. She was a participant in regularly scheduled musical gatherings in the homes of wealthy music lovers, where she performed music with amateurs and internationally known professional musicians, French and foreign. The painter Élisabeth Vigée-Le Brun recalled hearing her around the time of her marriage: ‘she made the keys speak’. In 1788 or 1789 Montgeroult was attending weekly musical sessions hosted by Madame de la Tour du Pin. Italian opera finales were a favorite genre of this salon; the violinist Giovanni Battista Viotti was concertmaster. Montgeroult and Viotti also performed remarkable piano-violin improvisations, according to one often-quoted report, and she transcribed three of his violin concertos for solo piano. Many composers, including Julie Candeille and Dussek, dedicated works to her. In short, through the influential network of the musical and social elite her exceptional skills became widely known.

The Revolution destroyed much of this world. In 1793, Hélène de Montgeroult and her husband left France with a delegation seeking support abroad to save the Queen from the guillotine. He was imprisoned in Mantua and died there. She returned to Paris where she was in mortal danger during the Terror as an aristocrat and disloyal émigrée. Her life was saved by the founder of the Institut National de Musique (later the Conservatoire de Paris), who convinced the Revolutionary Tribunal that she was indispensable to the school as one of France’s greatest pianists.

At the end of the Terror in 1795, as recovery and reconstruction began, the Conservatoire published her three sonatas, Op. 1, and hired her as one of the professeurs de première classe who enjoyed the highest status and best salary. Also in 1795 she gave birth to her son, Charles-Aimé. In 1797 she married his father, Charles-Hyacinthe His; they divorced in 1802. The Conservatoire did not actually open until October 1796, and only 15 months later, in January 1798, she resigned, perhaps because she was uncomfortable with the populist musical goals of the Conservatoire’s founders.

She continued to teach privately and compose. She published two more volumes of three sonatas each – Op. 2 first appeared in 1800, and Op. 5 between 1804 and 1807. She also published a Pièce pour piano, a Fantaisie, and six Nocturnes for voice and piano. Like other women musicians of her time, her home was her venue for performance and teaching; she undoubtedly earned much more than the Conservatoire would have paid. She bought an Érard grand piano in 1802 and she had stringed instruments on hand for ensemble performance. She invited a select group of musicians and music lovers who understood and appreciated a refined and musically inspired style with a depth of expression that was often lacking in popular concerts. An invitation to her Monday gatherings – les lundis – was highly prized.

By 1810 she was working on her celebrated piano method, the three-volume Cours complet pour l’enseignement du forte piano, conduisant progressivement des premiers éléments aux plus grandes difficultés (‘Complete Course for Teaching Forte Piano, Leading Progressively from the First Elements to the Greatest Difficulties’); it was engraved in 1814 and published in 1820. Here she focuses on fingerings, hand positions, and other techniques that produce a sustained cantabile or singing sound similar to that of the voice or a bowed string instrument. She wrote 972 exercises for volume 1 and, for volumes 2 and 3, 114 études and several other pieces to illustrate her comments on piano technique, musical style, and good taste. These pieces are not simply pedagogical pieces but have entered the concert repertoire. Some sources mention that, perhaps as late as 1819, she studied with Anton Reicha, a composer and music theorist known for his advanced ideas on harmony and rhythm, but she seems not to have composed any more music.

In 1820, Hélène de Montgeroult married Edouard Dunod, comte de Charnage, almost 20 years her junior; he died in an accident in 1826. She began to suffer ill health and moved to Italy with her son in 1834. She died in Florence on 20 May 1836. 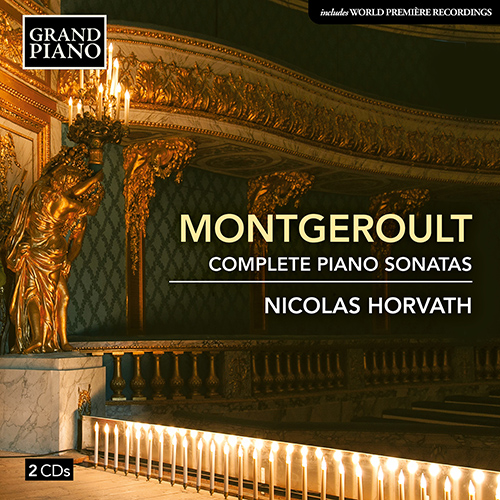