The multi-faceted career of Boris Papandopulo (1906–1991) means he could justifiably be crowned ‘Mr Music, Croatia’, yet beyond the boundaries of that country he is scarcely heard of. Among other things, he was a composer, conductor, pianist, arranger, educator, broadcaster and journalist. His ancestry was equally varied: he was born in Germany of Russian descent, and was the son of a Greek nobleman and a Croatian opera singer.

Operas, ballets, film scores, orchestral music, chamber music and pieces for solo piano feature prominently in his output of original works, while his many transcriptions include folk songs from south-eastern Europe in addition to homages to composers from the past.

Papandopulo was a highly resourceful composer, as his reworkings of Paganini demonstrate so perfectly. His versions of the Caprice No. 18 in C, Caprice No. 14 in E flat and Caprice No. 5 in A minor, for instance, go far beyond mere note-for-note transcription. They skilfully combine an infectious punchiness with the pungent flavours of mid-20th-century neo-Classicism to produce delightful re-imaginings of the original pieces. After hearing them, one is left pondering whether this is how Paganini might have composed had he lived a century or so later and been a pianist rather than a violinist. 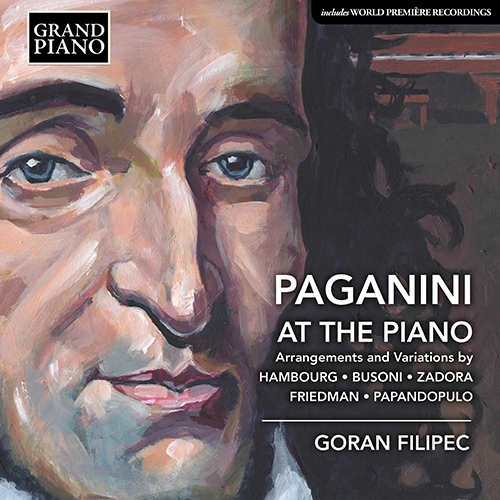 PAGANINI AT THE PIANO
(arr. and var. by Hambourg • Busoni • Zadora • Friedman • Papandopulo)