Among those who worked principally in Armenia, without seeking to establish any worldwide reputation, the composer, pianist and teacher Eduard Aslanovich Abramian was one of the most significant and respected: a key figure in the modern development of Armenian music. Born in Tblisi on 22 May 1923, he was early singled out as one of a group of gifted children who, under the aegis of Tblisi State Conservatory, received tuition from the noted composer and pedagogue Sergey Barkhudarian, and then formed the core of a ten-year musical secondary school.

During World War II he was forced to put his studies aside, while he worked in an aircraft-construction factory. In 1950, after receiving a Tchaikovsky Prize, Abramian graduated from the state conservatory with honours degrees in composition and piano.

In 1960 he moved to Yerevan, where he taught at the conservatoire as professor of piano from 1961 to 1982. At the same time he became closely involved in the work of the Armenian Composers’ Union. Through this connection he obtained advantageous housing conditions and an excellent work situation. He also participated in over 150 meetings between groups of Armenian composers and workers from remote districts of the republic. In this way he became familiar with the folk-music of a wide range of his native country. Abramian died in Yerevan at the age of 63. 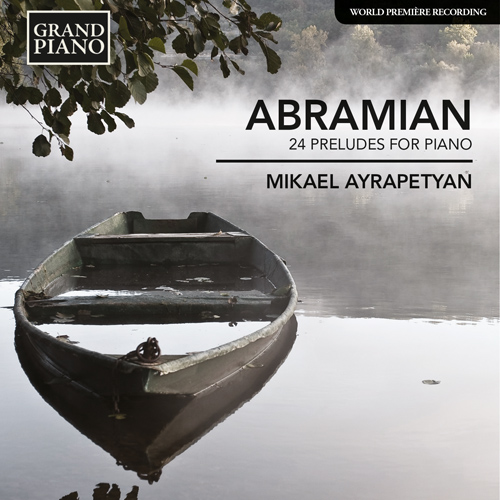