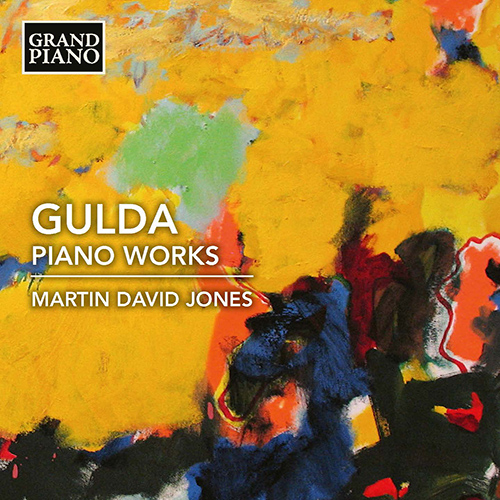 “Friedrich Gulda’s music is unique in the piano repertoire because it allows the pianist to be both a concert artist and a jazz musician. His music adds a new sound to the concert music world. His fantastic Variations on 'Light my Fire' is a landmark composition that rivals the greatest variation sets with its combination of not only the classical and jazz worlds, but rock and roll as well. I gravitated to Gulda's music because it is electrifying, modern, and yet beautiful and accessible.” — Martin David Jones

Friedrich Gulda’s piano compositions combine notated music with large improvised sections, thus fusing the classical and jazz traditions. He was one of his generation’s most significant pianists and though his compositional output is relatively small, it is nevertheless significant. Variations on ‘Light My Fire’ is his tour de force virtuoso masterpiece, while Play Piano Play beguilingly contrasts traditional classical procedure with many different jazz styles. Gulda’s first tuition was at the Grossman Conservatory where between the ages of eight and twelve his teacher was Felix Pazofsky. At twelve he entered the Vienna Academy of Music where he studied piano with Bruno Seidlhofer and theory with Joseph Marx. After making his debut at the age of fourteen, Gulda went on to win the Geneva Piano Competition in 1946, subsequently touring Switzerland, Italy, Hungary and Czechoslovakia. Gulda rapidly gained an international reputation and gave his Carnegie Hall debut in 1950. His repertoire at this time concentrated on Bach, Mozart, Beethoven and Schubert; he gave complete cycles of the Beethoven sonatas, and played chamber music. During the 1950s he made a series of recordings for Decca, but in 1962 his career took a very different turn.

“The virtuoso momentum generated in Gulda’s variations on The Doors’ ‘Light my fire’ can easily overpower the theme’s modest dimensions, yet pianist Martin David Jones resists the easy temptation to overbuild” – Gramophone

“All things considered, Jones does a good job with this music…” – The Art Music Lounge