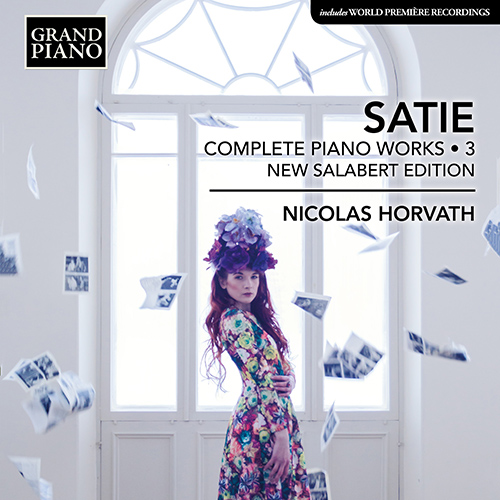 This third volume of Erik Satie’s complete solo piano music using Satie scholar Robert Orledge’s new Salabert Edition focusses on music composed between 1892–97, including theatrical scores such as the revolutionary uspud, and the Danses gothiques and famous Vexations written while the composer was hiding from a tempestuous love affair. The period closes with Satie composing in what he called “a more flexible and accessible way with the final Gnossienne and the six Pièces froides.”

“…very well recorded. Everything was very well interpreted. Among the discoveries were the mesmerising mystical sounds of the Prélude du Nazaréen, as well as upsud. A future reference for this music.” – Musique classique & Co

“[Horvath’s] performances have a touching freshness and lack of pretense that seem to me nicely hewing to the spirit of these works.” – Gapplegate Classical-Modern Music Review