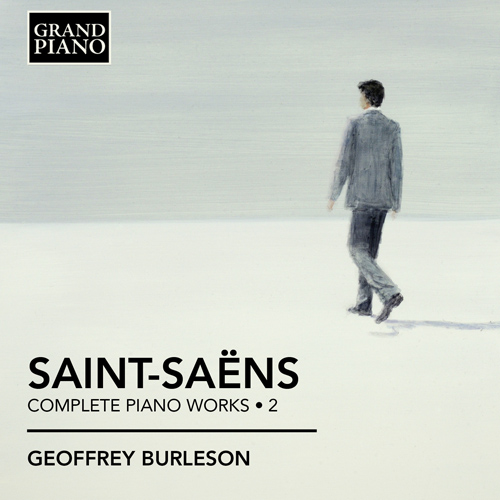 “Saint-Saëns was both a high romantic and a classicist, and these pieces beautifully combine the best of both of these worlds. I've been compelled by his music ever since performing his Allegro Appassionato as a teenager, which is on this volume. His final large work for piano, the Op. 161 Six Fugues, are a sublime set of virtuoso character pieces, so deeply gratifying to perform.” — Geoffrey Burleson

Saint-Saëns was a piano virtuoso and a composer of bravura brilliance. His Six Fugues, Op. 161 are masterly and complex character studies, devoid of academic leanings, whilst his famous Allegro appassionato, Op. 70 possesses brilliance and lyrical depth. The Thème varié, Op. 97 is witty and explosive, the Suite, Op. 90 full of charm, and the Allegro, Op. 29 possessed of dazzling breadth.

“‘Les cloches de Las Palmas’ is surprisingly haunting and evocative…and the Toccata from the Fifth Piano Concerto provides a truly dazzling finish to the set.” — Gramophone

“A virtuoso par excellence, easily handling the numerous difficulties one finds in this music.” — Fanfare