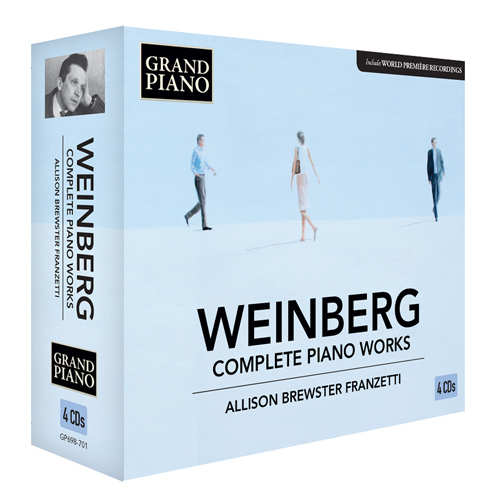 Polish by birth, Mieczyslaw Weinberg escaped to the Soviet Union in 1939 and became a close friend and musical disciple of Shostakovich. He was a distinguished concert pianist, and piano music formed an important part of his prolific output. From pragmatic yet sophisticated pieces for children to the introspective and moving Sonatas, Weinberg’s music reflects his life in its blend of optimism, tragedy and bitter-sweet humour. “Allison Brewster Franzetti does a marvelous job bringing out the Weinberg ethos. She seems made for this music.” – Gapplegate Classical-Modern Music Review