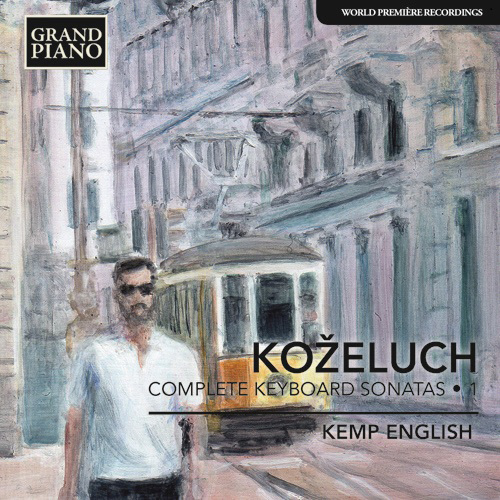 “It is hard to believe that the keyboard music of Leopold Koželuch – Mozart’s esteemed contemporary and rival – has hardly seen the light of day for well over 200 years. With the help of Christopher Hogwood’s new Bärenreiter edition of the complete keyboard sonatas, it has been a fascinating journey bringing all of this marvelous music to life in a recorded format.” — Kemp English

Few composers exemplified the late eighteenth-century Viennese keyboard style better than Mozart’s contemporary, the Czech composer Leopold Koželuch. A leading performer and teacher, he was even offered Mozart’s former post as court organist to the Archbishop of Salzburg. Preferring instead to preserve his independence, he produced over four decades, a series of major sonatas for fortepiano and harpsichord worthy to stand beside those of Haydn, Mozart, Clementi and Dussek, and as a precursor to those of Beethoven. This is the first volume of the complete recording of Koželuch’s 50 keyboard sonatas.

This recording was made on a period instrument: Fortepiano by Thomas and Barbara Wolf (USA), after Anton Walter (c. 1795).

“This is entertaining music, especially when played with English’s panache and vitality” – Early Music

“His [English] light and shade and finger clarity are superb. ” – New Zealand Listener