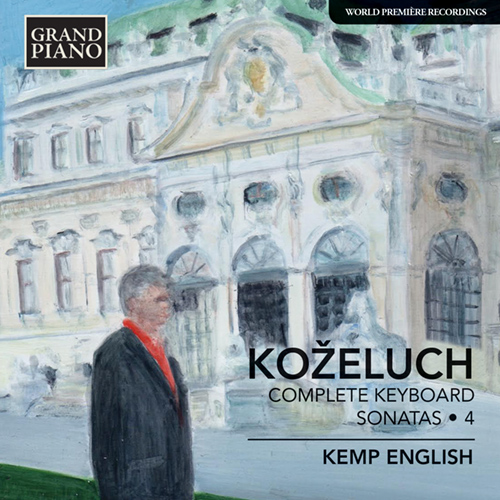 “All the sonatas in Volume Four of this complete cycle date from 1784. Characteristically, Koželuch delivers an impressive panoply of styles and textures: at one moment doffing his hat to C.P.E. Bach with a stirring Sturm und Drang opening to the Sonata Op.10, No. 2 and, at the next, emulating early Haydn in the Sonata Op. 13, No. 2. If this were not contrast enough, we can luxuriate in a typically divine - but unusually expansive - slow movement in the Sonata Op. 13, No. 3 and once again marvel at Koželuch ’s propensity to foreshadow in the Beethovenian opening to the Sonata Op. 15, No. 1 - definitely one of the highlights of the set.” — Kemp English

A native of Bohemia, Leopold Koželuch made his name in Vienna, a thriving musical centre dubbed ‘the land of the Clavier’ by Mozart. the sonatas in this volume all appeared in 1784, meeting the challenge of Mozart’s popularity head-on. Koželuch was singularly adept at producing what was considered the ideal fortepiano sonata of the time, his high reputation making him an influential supporter of a new instrument capable of accommodating ‘the clarity, the delicacy, the light and shade he demanded in music’.

“I have been well and truly hooked by the music as well as by Kemp English’s superlative playing.” – MusicWeb International