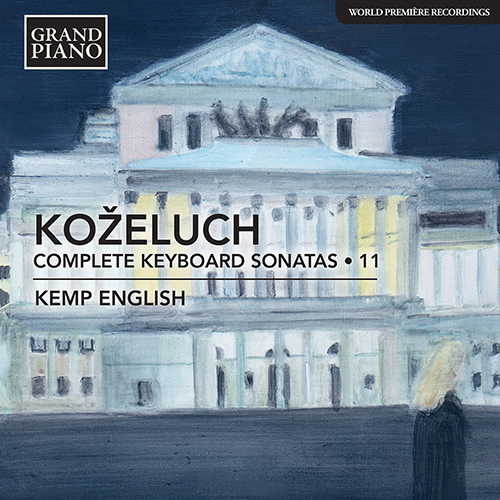 Juxtaposing early and late sonatas reveals just how much Leopold Koželuch’s style changed over a thirty-year period. The three early sonatas from the 1770s, though harmonically modest, fizz with Rococo charm and elegance. The late sonatas meanwhile were intended for a fortepiano, which had eclipsed the harpsichord, and are two-movement works. They feature bustling rondos and deft janissary devices, one of which is the buzzing effect generated by a knee lever on the original 1815 Johann Fritz instrument used in this recording.

This recording was made on period instruments:
Original grand fortepiano by Johann Fritz, c. 1815 (Tracks 1–4);
Original harpsichord by Longman and Broderip (built by Thomas Culliford), 1785 (Tracks 5–12)

“In playing that is vivid, articulate in detail, sincere and tastefully ornamented, English takes his inspiration from the texts themselves and from the possibilities offered by the splendid, vigorous timbres of the instrument for which they were written.” – Pamela Hickman’s Concert Critique Blog