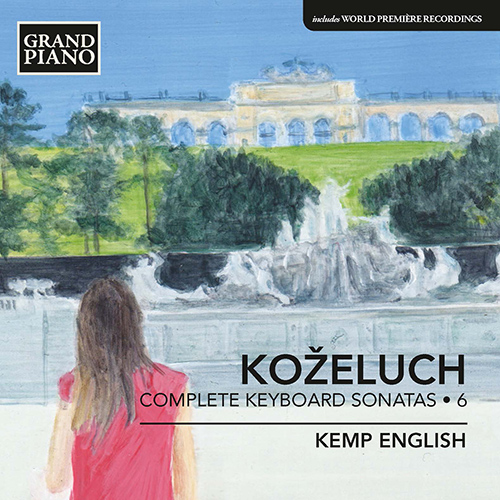 In 1785 and 1786 Mozart’s piano concertos were winning many admirers in the public concert halls of Vienna. Koželuch, however, continued to excel as master of the piano sonata, plying his art in the city’s ubiquitous private concert soirées. Indeed, the four works presented here ably demonstrate why his sonatas might aptly be called “the ideal of the high-Classic style”. To be sure, Mozart’s influence is felt in Sonatas Nos. 21, 23 and 24 but in Sonata No. 22, Koželuch leads the way by paring away the textures and introducing figurations of simplicity and grace; hallmarks of Mozart’s much later penultimate Sonata in B flat major K570.

“As with the previous volume, virtuosity once more rubs shoulders with drama and elegance.” – MusicWeb International